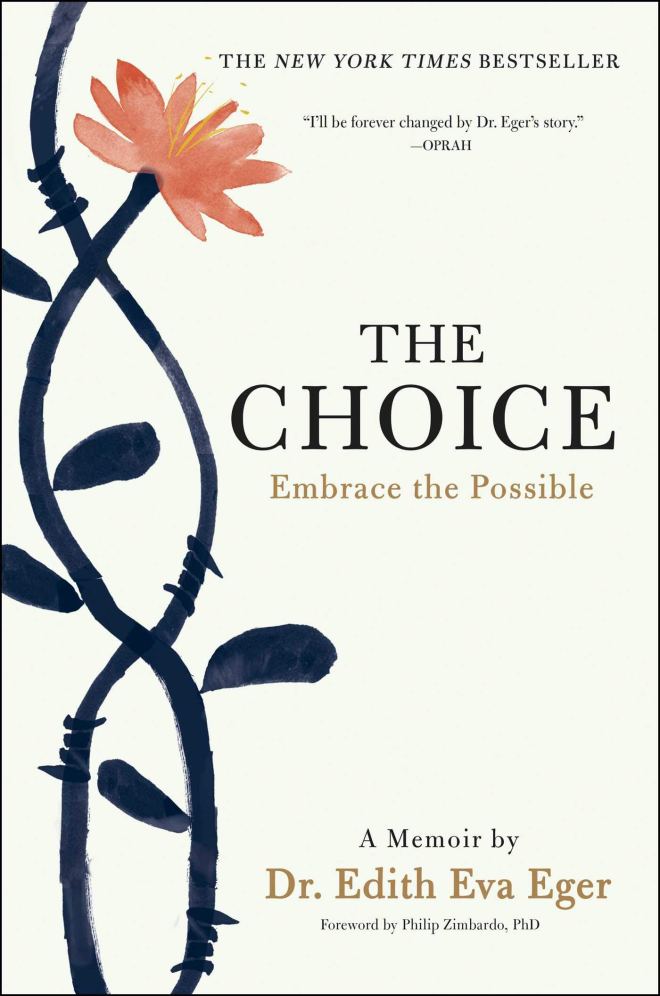 The Choice: Embrace the Possible

“I remember you like WWII stories like I do.” a good friend of mine messaged me on Telegram. “This is not “only” a book by a survivor, telling the horrific and disturbing memories but so much more! I am sure this story and Edith Eger’s wonderful and inspiring thoughts will be with me for a long time. So, I wanted to recommend this, if you have not read it yet.” This is how I learned about the book “The Choice: Embrace the Possible” by Dr. Edith Eva Eger.

The Choice is a memoir of Edith Eger who is an Auschwitz survivor and a professional therapist. In the book, she shares her terrifying story of imprisonment, liberation and fight for freedom.

Edith was only sixteen when she and her family were taken away from their home in Hungary to Auschwitz. She never saw her parents again after they were separated at the camp. Edith and her sister Magda spent the next year surviving the Nazi regime until they were liberated by the American troops in 1945.

In the post-war Europe, Edith, however, still remained a victim. She continued being treated unjustly as she navigated life in now communist’s Hungary. She eventually met her husband with whom they managed to escape to the United States where they started a new life.

After a few difficult years in her new home country, Edith entered the University of Texas in El Paso to study psychology. Life seemed to take shape, however, she continued to be hunted by the horrifying memories of her time in Auschwitz.

One day Edith’s fellow student gave her the book “Man’s Search for Meaning” by Viktor Frankl who was also a survivor. In his work, he writes that “each moment is a choice. No matter how frustrating or boring or constraining or painful or oppressive our experience, we can always choose how we respond.” This becomes a cornerstone of Edith’s therapist’s practice.

Slowly Edith started her own healing and forgiving process. She even travelled to Auschwitz to face her fears and set herself free from it. She eventually become a successful therapist who specializes on trauma.

The last part of the book is a collection of Edith’s patient’s stories that serve as a guide to the post-trauma healing process.

One thing that stood out to me in particular is that there is no “hierarchy of suffering” as Edith calls it. If you are suffering, it is real – even if you think you are not going through something as terrible as a parent who lost their child. No matter how small or insignificant the suffering may seem it is often a part of the larger, less visible suffering that requires attention and care.

I picked up this book as I like Word War II stories but it is Edith’s insights as a therapist that I hold on to as I finished it.

I highlighted several passages as I was reading the book that I’d like to share here as well: